Breast Cancer Now has thanked an 83-year-old grandmother after she reached her £100,000 fundraising target for the charity after 24 years.

Eleanor Moffat’s fundraising efforts have included numerous coffee mornings, collection boxes, quiz sheets, car boot sales, dinner parties and sales of her homemade jam, plus a 90-mile walk along the Great Wall of China when she was 70. 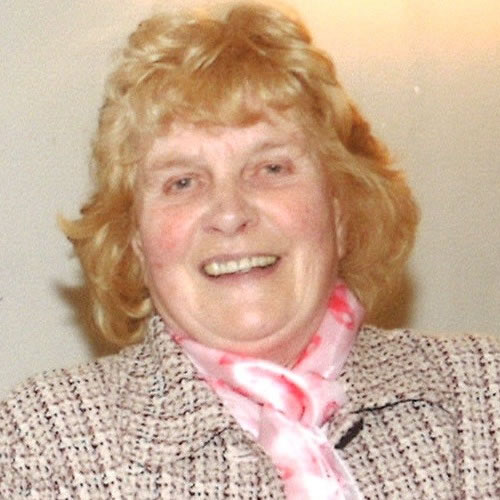 She organised her first coffee morning in 1997, which she promoted from her newsagents in Coldstream, Scotland. The event raised £1,000.

Moffat told the BBC that she began fundraising for the charity after her sister Joan was diagnosed with breast cancer.

Joan died from cancer at the age of 54 and is one of eight members of Moffat’s family who has had breast cancer. Her father died of bowel cancer, also aged 54.

Moffat’s last event in March 2020 left her £600 short of her goal, just before lockdown measures were introduced around the UK.

But after 17 months of waiting, she finally hit her £100,000 goal last month after a private donation from “a long-term supporter of her charity work”.

Before her sister was diagnosed with cancer, Moffat raised more than £10,000 for Macmillan Cancer Support. She has also supported schools and churches in Africa, the RNLI, Guide Dogs and enabled a community purchase of an ambulance.

It is estimated that she has raised at least £150,000 for good causes during her lifetime.

Moffat was given a British Empire Medal for services to charity in the Queen’s Birthday Honours earlier this year.

Rachael Franklin, director of fundraising, communications and engagement at Breast Cancer Now, said: “We’d like to give our heartfelt thanks to Eleanor, who has raised a staggering £100,000 for Breast Cancer Now over the past 24 years.

“Around 55,000 women are diagnosed with breast cancer every year in the UK, with one woman receiving this difficult news every 10 minutes.

“The pandemic has presented us with huge challenges, but we’ve worked tirelessly to ensure we continue to be there to support anyone affected by breast cancer the whole way through, and to drive world-class research and hope for the future.

“The money that Eleanor has raised will help us to achieve our ambition that, by 2050, everyone who develops breast cancer will live and be supported to live well.”

This website uses cookies to improve your experience while you navigate through the website. Out of these cookies, the cookies that are categorized as necessary are stored on your browser as they are essential for the working of basic functionalities of the website. We also use third-party cookies that help us analyze and understand how you use this website. These cookies will be stored in your browser only with your consent. You also have the option to opt-out of these cookies. But opting out of some of these cookies may have an effect on your browsing experience.
Necessary Always Enabled
Necessary cookies are absolutely essential for the website to function properly. This category only includes cookies that ensures basic functionalities and security features of the website. These cookies do not store any personal information.
Non-necessary
Any cookies that may not be particularly necessary for the website to function and is used specifically to collect user personal data via analytics, ads, other embedded contents are termed as non-necessary cookies. It is mandatory to procure user consent prior to running these cookies on your website.
SAVE & ACCEPT